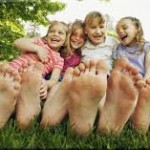 Neonicotinoids pesticides are widely linked to bee colonies collapsing on a global scale. The City of Eugene Oregon is the first community in the nation to ban these pesticides and came in response to the Oregon State legislature passing a pollinator protection bill.

In addition to neonicotinoid restrictions, the City’s resolution also expands Eugene’s pesticide-free parks program and now requires all departments to adopt integrated pest management (IPM) standards. The goal is to protect the health of children in the community and expands the current Parks and Open Space Division’s Pesticide-Free Parks program from 10 to potentially 40 parks, and requires IPM on all city property.

The resolution specifically notes that “children and infants may be especially sensitive to health risks posed by pesticides for several reasons: (a) their internal organs are still developing and maturing; (b) in relation to their body weight, infants and children eat and drink more than adults, possibly increasing their exposure to pesticides in food and water; and (c) certain behaviors, such as playing on floors or lawns or putting objects in their mouths, increase a child’s exposure to pesticides used in homes and yards.”

With regard to the neonicotinoids pesticides, the resolution refers to recent research suggesting a possible link between pesticides that contain neonicotinoids and the die-off of plant pollinators, including honey bees, native bees, butterflies, moths, and other insects.

Eugene’s current actions are a result of the city stepping up its environmental policy, which was implemented in 2003 and committed the city to protect, preserve and restore the natural environment.