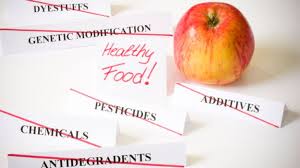 A new study presented at the European Association for the Study of Diabetes in Sweden associated exposure to pesticides with an increased risk of diabetes. Diabetes is a chronic public disease health issue impacting on approximately 350 million people. The U.S. Center for Disease Control and Prevention estimates that 29.1 million, or 9.3% of the U.S. population has diabetes.

The results determined that exposure is linked to a 61% increase in diabetes. Type 2 diabetes was determined to increase by 64% with any pesticide exposure. Some pesticides showed a stronger correlation to diabetes than others . Orgonochlorine insecticide trans-nonanchlor increased diabetes by 134%.

“These pesticides are generally banned now in Europe and elsewhere,” said lead author Fotini Kavvoura, MD, PhD, “but they tend to stay in the body in the liver, the pancreas, and in muscles.”

“This systematic review supports the hypothesis that exposure to various types of pesticides increases the risk of diabetes. Subgroup analyses did not reveal any differences in the risk estimates based on the type of studies or the measurement of the exposure.”