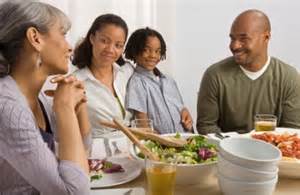 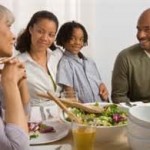 A study examined the negating impact of family dinners and socializing behavior on teen cyberbullying and substance abuse.

The statistics reflect that one in five adolescents has experienced online bullying. cyberbullying, like traditional bullying, can increase the risk of mental health problems in teens as well as the abuse of drugs and alcohol.

The findings reflect that nearly 19 percent of the students reported they had experienced cyberbullying during the previous 12 months resulting in internalizing, externalizing and substance use problems.

Mitigating factors included family dinners which appeared to moderate the relationship between cyberbullying and the mental health and substance use problems. With four or more family dinners per week there was about a 4-fold difference in the rates of total problems between no cyberbullying victimization and frequent victimization. When there were no dinners the difference was more than 7-fold.

“Furthermore, based on these findings, we did not conclude that cyberbullying alone is sufficient to produce poor health outcomes nor that family dinners alone can inoculate adolescents from such exposures. Such an oversimplified interpretation of these associations disregards other exacerbating and protective factors throughout the social environment. Instead, these findings support calls for integrated approaches to protecting victims of cyberbullying that encompass individual coping skills and family and school social supports,” the researchers noted.

Catherine P. Bradshaw. The Role of Families in Preventing and Buffering the Effects of Bullying. JAMA Pediatrics, 2014; DOI: 10.1001/jamapediatrics.2014.1627