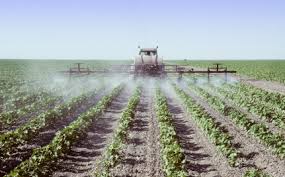 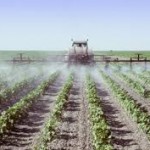 The agricultural community is glossing over huge problems affecting farmers and their communities. Pesticides have increasingly been linked to depression and suicide. Pesticide poisoning doubles the risk of depression.

“Our study supports a positive association between depression and occupational pesticide use among applicators… and suggests several specific pesticides that deserve further investigation in animal studies and other human populations,” the authors wrote in the journal Environmental Health Perspectives.

The studies suggest that chronic exposure to low levels over time may raise the risk of depression.

“I don’t think there’s any question that pesticides can affect the functions of the brain. There could also be indirect effects. Pesticides can promote other health problems, which could be related to depression, ” said Freya Kamel.

“I don’t think there’s any question that pesticides can affect the functions of the brain,” Kamel said, referring to experiments that found pesticides harm rats’ brain tissue and receptors. “There could also be indirect effects. Pesticides can promote other health problems, which could be related to depression.”

Other countries have noticed the link between pesticide application and neurological symptoms. In France, farmers who used herbicides were nearly twice as likely to have been treated for depression than those who didn’t use herbicides, according to a study published last year. The study of 567 farmers found that the risk was even greater when the herbicide applicators had been doing it for more than 19 years.

In Brazil, workers that used more pesticides were more likely to commit suicide, and in China, a World Health Organization survey of 9,800 people in the rural Zhejiang province revealed that those who stored pesticides in their homes had more than double the risk of having suicidal thoughts.