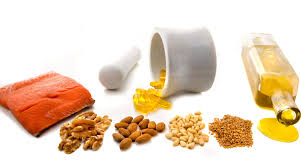 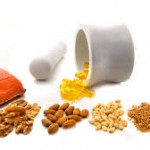 A new study published by University of California researchers has demonstrated that fatty acids are vitally important to the developing brain. These fatty acids found in fish and other foods can limit brain growth during fetal development and early in life. Dietary DHA is mainly found in animal products such as fish, eggs and meat. Certain types of fish such as mackerel, herring, salmon, trout and sardines are the richest dietary source, containing 10 to 100 times more DHA than nonmarine foods such as nuts, seeds, whole grains and dark green, leafy vegetables.

N-3 polyunsaturated fatty acids cause molecular changes in the developing brain that result in constrained growth of neurons and the synapses that connect them. These omega fatty acids are precursors of docosahexaenoic acid, or DHA, which plays a key role in the healthy creation of the central nervous system. The study used female frogs and tadpoles as models and the UCI researchers were able to analyze how DHA-deficient brain tissue fostered poorly developed neurons and limited numbers of synapses, the vital conduits that allow neurons to communicate with each other. DHA is essential for the development of a fetus’s eyes and brain, especially during the last three months of pregnancy. It makes up 10 to 15 percent of the total lipid amount of the cerebral cortex. DHA is also concentrated in the light-sensitive cells at the back of the eyes, where it accounts for as much as 50 percent of the total lipid amount of each retina.

“Additionally, when we changed the diets of DHA-deficient mothers to include a proper level of this dietary fatty acid, neuronal and synaptic growth flourished and returned to normal in the following generation of tadpoles,” Cohen-Cory said. DHA is found in other foods such as nuts, seeds, whole grains and dark green, leafy vegetables and can be passed onto offspring through breast milk.