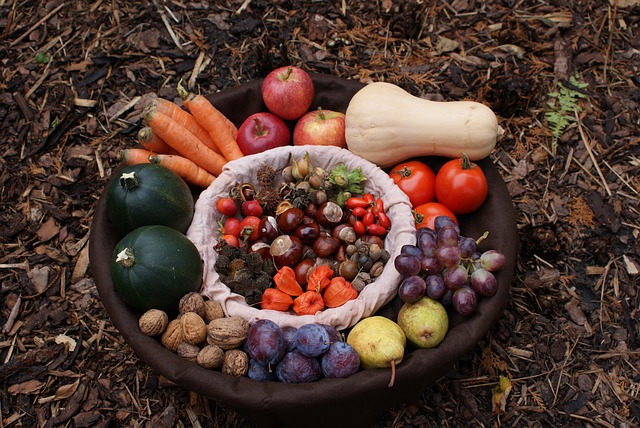 Stacy Kennedy, MPH,RD,CSO, LDN, a senior nutritionist at the Dana-Farber Cancer Institute in Boston, has specified that many fruits and vegetables are at their nutritional peak in the fall season.

Certain fruits and vegetables act as a cancer peventative agent as they contain certain nutrients that protect against cancer.

There may be something to the old adage, “an apple a day keeps the doctor away.” Studies suggest that eating at least one apple a day can help prevent throat, mouth, colon, lung and possibly breast cancer. Besides being crisp, sweet, and juicy, apples contain quercetin, a nutrient that protects the cell’s DNA from damage that could lead to the development of cancer. “The key is to eat them raw and with the skin on,” says Kennedy. “That’s where many of the nutrients are found.”

2. “B” is for berries…cranberries, that is

Kennedy encourages her patients at Dana-Farber to eat cranberries all year-round. Cranberries contain benzoic acid, which has been shown to inhibit the growth of lung cancer, colon cancer, and some forms of leukemia. She recommends buying bags of fresh cranberries now, while they are in season and at their nutritional peak, and popping them in the freezer for later use. This will help ensure that the berries provide the highest level of cancer protection whenever they’re used.

Just like the leaves on the trees, fall is a time for colorful vegetables like beets, carrots, and parsnips. They add a burst of color and taste. “The brighter and richer the pigment, the higher the level of cancer-fighting nutrients,” says Kennedy. Load dinner plates with as much colorful plant-based foods as you can.

4. “D” is for dark leafy vegetables

“Kale is a top choice because it’s rich in phytonutrients called indoles, which stimulate liver detoxification and help fight cancer,” says Kennedy. Other members of the cruciferous family include broccoli, cabbage and Brussels sprouts. Kennedy points out that people who have diets rich in these vegetables have been found to have lower incidences of lung, prostate, and stomach cancer.

5. “E” is for everything orange

Pumpkins, squash, carrots, and sweet potatoes are all packed with a cancer-fighting nutrient called carotenoid. Kennedy says carotenoids have been linked to the prevention of colon, prostate, breast, and lung cancer. Kennedy stresses that pumpkin isn’t just for pies. She suggests eating it year-round by adding it to soup, smoothies, pancake batter and even raviolis.

Kennedy says no matter what season, the overall key to finding cancer-fighting foods is to look for a lot of color. “Eating a plant-based diet is the best way to help lower your risk of cancer all year long.