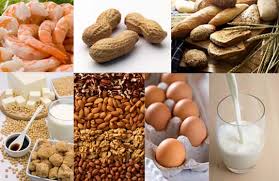 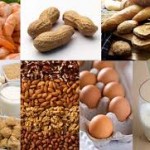 Researchers have correlated the high incidences of food allergies with antibiotics overuse and other toxic environmental causes.

“Environmental stimuli such as antibiotic overuse, high fat diets, caesarean birth, removal of common pathogens and even formula feeding have affected the microbiota with which we’ve co-evolved,” said study senior author Cathryn Nagler, PhD, Bunning Food Allergy Professor at the University of Chicago. “Our results suggest this could contribute to the increasing susceptibility to food allergies.”

In this study a mouse model was used. They exposed germ-free mice (born and raised in sterile conditions to have no resident microorganisms) and mice treated with antibiotics as newborns (which significantly reduces gut bacteria) to peanut allergens. Both groups of mice displayed a strong immunological response, producing significantly higher levels of antibodies against peanut allergens than mice with normal gut bacteria.

The food allergies were reversed by reintroducing a mix of Clostridia bacteria back into the mice. Reintroduction of another major group of intestinal bacteria, Bacteroides, failed to alleviate sensitization, indicating that Clostridia have a unique, protective role against food allergens.

The antibiotic-treated mice were provided with IL-22 or were colonized with Clostridia. The mice were exposed to peanut allergens and both groups showed reduced allergen levels in their blood, compared to controls. Allergen levels significantly increased, however, after the mice were given antibodies that neutralized IL-22, indicating that Clostridia-induced IL-22 prevents allergens from entering the bloodstream.

“We’ve identified a bacterial population that protects against food allergen sensitization,” Nagler said. “The first step in getting sensitized to a food allergen is for it to get into your blood and be presented to your immune system. The presence of these bacteria regulates that process.” She cautions, however, that these findings likely apply at a population level, and that the cause-and-effect relationship in individuals requires further study.

“It’s exciting because we know what the bacteria are; we have a way to intervene,” Nagler said. “There are of course no guarantees, but this is absolutely testable as a therapeutic against a disease for which there’s nothing. As a mom, I can imagine how frightening it must be to worry every time your child takes a bite of food.”