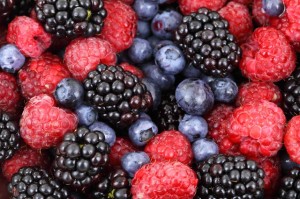 Dr Kirsten Rennie, from the University of Hertfordshire’s Centre for Lifespan and Chronic Illness Research, said: “Consumers may think that foods marketed for children, using cartoon characters and promoted for lunchboxes might be healthier options than the equivalent foods marketed more for adults. In fact we found that it was the opposite. Foods like yoghurts and cereal bars often had substantially more fat and sugar per 100g than similar adult-version products. This is very worrying and does not help consumers’ confidence in choosing appropriate healthy foods for their children.”

Nutritional data originated from yoghurts, cereal bars and ready meals from seven major UK supermarkets and categorized as children’s or non-children’s products based on the characteristic, promotional nature or information on the product packaging. Fat, sugar and salt content was compared per 100g and per recommended portion size.

Dr Angela Madden, Principal Lecturer in Nutrition and Dietetics at the University of Hertfordshire, said: “This study was co-ordinated by one of our students, Amy Lythgoe, who graduated with a BSc (Hons) Dietetics in 2011. Amy and the research team have provided some useful new evidence which will help parents become aware that choosing foods that are marketed to children may not be the healthiest option. This is an opportunity for food manufacturers to look at their child-orientated products and think about how they can improve them.”