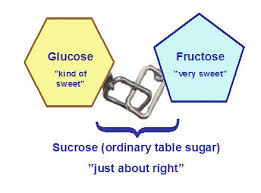 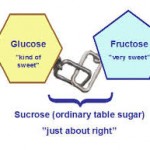 Another study has confirmed the metabolic damage caused by fructose. Diabetes is estimated to impact on approximately 29 million people in the US, with another 86 million suffering from pre-diabetes. Added sugars such as fructose have been directly linked to diabetes and pre-diabetes.

Excess fructose consumption impacts negatively on overall metabolism and global insulin resistance. Other dietary sugars don’t appear to have the same negative effects. Indeed several clinical trials have shown that compared to glucose or starch, isocaloric exchange with fructose or sucrose leads to increases in fasting insulin, fasting glucose, and the insulin/glucose responses to a sucrose load. “This suggests that sucrose (in particular the fructose component) is more harmful compared to other carbohydrates,” said Dr. DiNicolantonio.

Recent studies indicate that replacing glucose-only starch with fructose-containing table sugar (sucrose) result in significant adverse metabolic effects. The adverse effects are dose dependent and increase with with greater proportions of added fructose in the diet.

The researchers recommend limiting fructose to world health guidelines which specify that added sugars should make up no more than 10% of an entire day’s caloric intake, with a proposal to lower this level to 5% or less for optimal health. Although fructose is found naturally in fructose there are no negative effects associated with the natural version. Instead consuming fruits and vegetables protects against diabetes and broader cardiometabolic dysfunction.