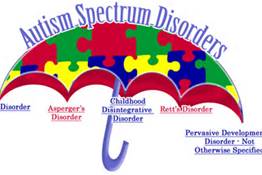 Researchers have known for years that autism is an incredibly complex disease with many genes and biochemical pathways associated. Now a new study, published in the PLOS journal, has identified another family specifically linked to autism and the severity of autism spectrum disorders (ASD).

The gene family consists of over 270 copies of a DNA segment called DUF1220. The gene segment codes for a protein domain and the severity of autism symptoms, (social deficits, communicative impairments and repetitive behaviors), is correlated with the number of copies of the DUF1220 segment and the associated sub-types. Some other yet to be identified ASD trigger mechanism causes the actual symptoms as the gene sub-type is also found in people who do not suffer from ASD. Other studies have linked an environmental or nutritional impact to the rate of autism occurrence.

“Previously, we linked increasing DUF1220 dosage with the evolutionary expansion of the human brain. One of the most well-established characteristics of autism is an abnormally rapid brain growth that occurs over the first few years of life. That feature fits very well with our previous work linking more copies of DUF1220 with increasing brain size. This suggests that more copies of DUF1220 may be helpful in certain situations but harmful in others,”said James Sikela, PhD, corresponding author of the study and a professor in the Department of Biochemistry and Molecular Genetics.

This is the first study to link this particular gene family to autism spectrum disorders.

One thought on “Gene family linked to Autism.”