On the 25th of May protesters in approximately 436 cities and in 52 countries held a global march against Monsanto. There was an almost unanimous media black out by the main stream media of this historic event, where global citizens voiced their protest against one multi-billion dollar bio-technology giant. Only a few media outlets broadcast the event, with pictures around the world demonstrating the global impact of the march and organizers estimating approximately 2 million global particpants.

The ‘March Against Monsanto’ movement started several months ago, when founder and organizer Tami Canal created a Facebook page on Feb. 28 calling for a rally against the company’s practices. “If I had gotten 3,000 people to join me, I would have considered that a success,” she said Saturday. Instead, she said an “incredible” number of people responded to her message and turned out to rally. “It was empowering and inspiring to see so many people, from different walks of life, put aside their differences and come together today,” Canal said. The group plans to harness the success of the event to continue its anti-GMO cause. “We will continue until Monsanto complies with consumer demand. They are poisoning our children, poisoning our planet,” she said. “If we don’t act, who’s going to?”

Protesters in Buenos Aires and other cities in Argentina voiced their opinion vociferously, where Monsanto’s genetically modified soy and grains now command nearly 100% of the market, and the company’s Roundup-Ready chemicals are sprayed throughout the year on fields.   They carried signs saying “Monsanto-Get out of Latin America”.

In major cities across the United States thousands of protesters took to the streets, marching, staging bees dying and protest sit ins. Police estimate about 6,000 protesters took part in Portland’s peaceful march, and about 300 attended the rally in Bend. Other marches were scheduled in Baker City, Coos Bay, Eugene, Grants Pass, Medford, Portland, Prineville and Redmond. Across the country in Orlando, about 800 people gathered with signs, pamphlets and speeches in front of City Hall. Maryann Wilson of Clermont, Fla., said she learned about Monsanto and genetically modified food by watching documentaries on YouTube. “Scientists are saying that because they create their own seeds, they are harming the bees,” Wilson told the Orlando Sentinel. “That is about as personal as it gets for me.” Chrissy Magaw was one of about 200 protesters who walked from a waterfront park to the Martin Luther King Jr. memorial in Pensacola. She told WEAR-TV that knowing what you eat and put into your body is the most important decision you make every day.

There was a staged bee “die in” outside Monsanto headquarters to symbolize bees dying from Monsanto’ global pesticide production and Al.com reported that  People were chanting and carrying signs during a protest against Monsanto in front of the capitol building in Montpelier, Vt. on Saturday.

Monsanto’s opinion against the global backlash was that their seeds improve agriculture by helping farmers produce more from their land while conserving resources such as water and energy. 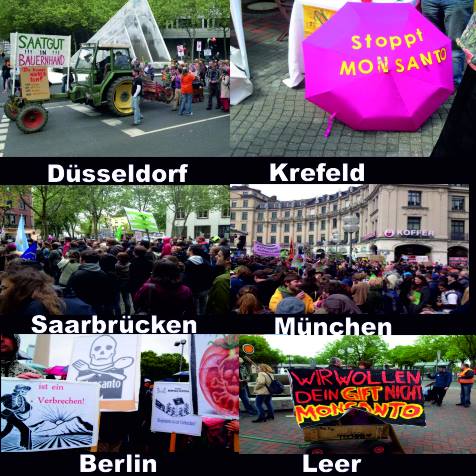 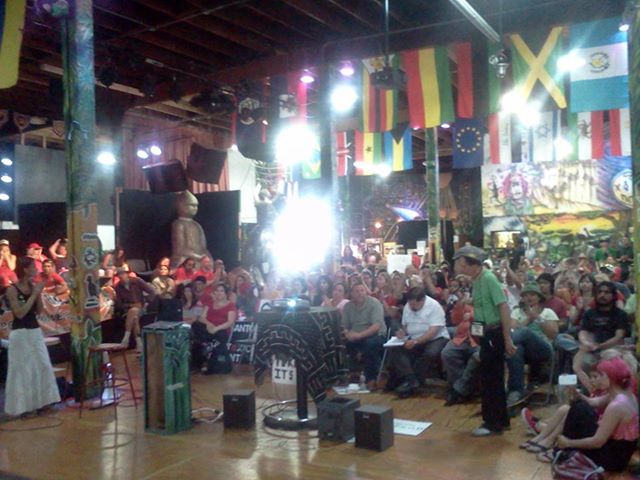 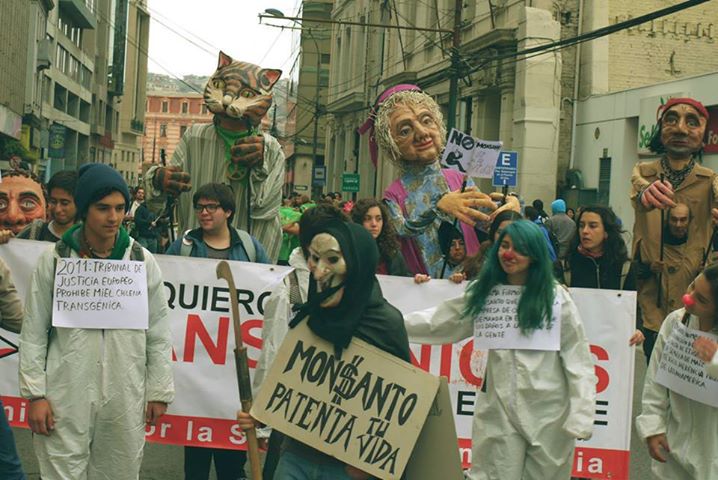 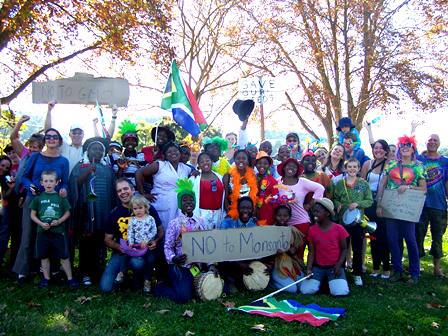