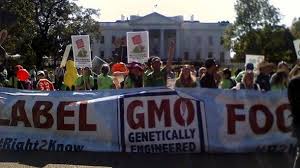 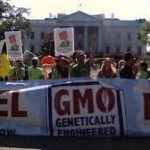 On the 26th of March 2014, the California Senate Health Committee Passed SB 1381, a bill to require the labeling of genetically engineered foods in California introduced by Senator Noreen Evans. A similar bill, HR 112, was passed on the 4th of April in Vermont.

The Center for Food Safety (CFS) has been proactively involved in the development of both bills.

“One of the great freedoms we have as Americans is the basic right to choose from a variety of different foods in the marketplace. However these freedoms are being denied to the more than 90 percent of Americans who want to know if their food is produced using genetic engineering, because these products are not required to be labeled in the U.S,” said Spector, CFS’ west coast director. “SB 1381 is a step toward protecting these state interests, and we are very pleased that the Senate Health Committee passed the bill today.”

The premise behind California Senate Bill 1381 mandates that foods that are produced using genetic engineering be labeled as such. T

“Do Californians want GE foods to be labeled? Absolutely,” said Spector. “Proposition 37 was narrowly defeated by less than 3 percent – with over 6 million Californians voting in favor of GE labeling. In addition, post-election polling shows that 21% of those who voted no on Prop 37 support GE labeling. Many cited that they were confused by the barrage of advertisements against Prop 37 and so voted no as a result of the confusion created by the opposition.”

The bill passed the Senate Health Committee by a vote of 5 – 2.

In Vermont, HR 112, passed the Senate Judiciary in a unanimous vote of 5-0. The bill has already passed the State House and the Senate Agriculture Committee, but must still be considered by the Senate Appropriations Committee before a full Senate vote. Unlike other state labeling laws, Vermont’s bill would take effect regardless of action from any other state.

“This unanimous vote shows that state legislatures are responding to consumer demand to label GE foods,” said Rebecca Spector, who coordinates state GE labeling work at Center for Food Safety. “Consumers nationwide are beginning to ask questions about the growing influence of chemical companies in food production. They are demanding the information necessary to make healthful decisions about the foods they serve to their families.”

“Progress on GE food labeling in states such as Vermont shows that the tide is turning. The food movement’s power is growing,” added Spector. “GE labeling is not a matter of if but when.”