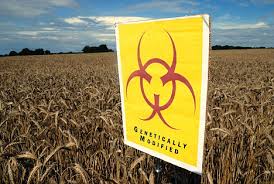 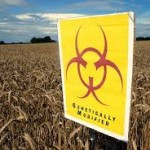 Monsanto has decided to resurrect its genetically modified (GM) wheat project, trying to create a strain that is resistant to three different herbicides; glyphosate, glufosinate, and dicamba.

Wheat is one of the few remaining crops which have not yet reached widespread genetic modification status as GE wheat is not allowed to be planted. Previous efforts by Monsanto failed and there is widespread consumer resistance associated with the possible contamination of the food supply by GM wheat products.

Contamination of farm in Oregon in 2013 by a wheat Roundup-Ready resistant strain caused a public outcry. The contamination was traced back to field trials conducted in 2011. In Montana a farmer detected GE wheat strains in his wheat field suggesting that contamination of these crops is not an isolated incident and that possible contamination of GE plants is a threat to farmers and the environment.

Export countries have in recent years created economical havoc refusing U.S. corn imports citing GM contamination concern. The same concern has been expressed with the U.S. wheat market where exports were valued at $18.1 billion in 2012. After the what contamination event in Oregon became known countries including Japan, South Korea and the European Union enacted detrimental restrictions on the import of wheat. As a result farmers in the Pacific Northwest launched a lawsuit against Monsanto, which was settled for $ 2,4 million in November of last year.

Environmentalists and consumer groups have predicted that engineering wheat in the manner currently being conducted by Monsanto will add to the environmental burden and stress and cause further insect resistance and plant resistance to evolve. In addition it is anticipated that pesticide and herbicide usage will increase.