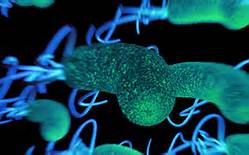 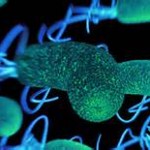 A new study has underlined the level of concern that scientists, food activist groups and the consumer public have with ingesting genetically modified food. Researchers from the Institute of Food Research, (IFR), and the University of East Anglia have discovered that the beneficial bacteria in the human gut has a communication mechanism that allows it to interact with our body cells and that the communication occurs across different animal and plant kingdoms.

The study was published in the journal Cell Reports, and reveals that the gut bacteria produces an enzyme that controls the way cells lining the gut signal. The enzyme also has another role in breaking down food components.
“Our study provides a breakthrough in understanding how bacteria communicate across different kingdoms to influence our own cells’ behavior, as well as how we digest our food,” said Dr Regis Stentz from the IFR, which is strategically funded by the Biotechnology and Biological Sciences Research Council.

The communication mechanism was discovered by solving the way the body breaks down phytate from its detrimental properties to a beneficial source of nutrients. Phytate is a form of phosphorus that occurs in cereals and vegetables. It binds to important minerals preventing them being taken up by the body, causing conditions like anemia, especially in developing countries. Phytate also leads to excess phosphorus leaching into the soil from farm animal waste, and feed supplements are used to minimize this.

Dr Stentz’ research team screened the genomes of hundreds of different species of gut bacteria. In one of the most prominent gut bacteria species, an enzyme was found capable of breaking down phytate. In collaboration with the University of East Anglia, the enzyme was crystallized and its 3D structure was solved. They then went on to characterize the enzyme, showing it was highly effective at processing phytate into the nutrients the body needs.

The bacteria package the enzyme in small ‘cages’, called outer membrane vesicles (OMVs) which allow phytate in for nutrient processing but prevent it being destroyed by our own protein-degrading enzymes. This releases nutrients, specifically phosphates and inositol, which can be absorbed by our own bodies, as well as the bacteria.

Working with Professor Stephen Shears, an expert in phosphate signalling from the US National Institutes of Health, the researchers showed that the OMVs containing the enzyme affect calcium signalling of colonic epithelial cells. Cells use calcium signalling to regulate different internal activities. This suggests that bacteria are using OMV-packaged enzymes to communicate directly with our cells and influence their behavior, an example of cross-kingdom communication. OMVs have been observed from pathogenic bacteria looking to invade host cells, but this is the first example that benefits both the host and the bacteria.

“The enzyme we’ve uncovered has dual roles, in providing dietary nutrients as well as in modifying host cell behavior,” said Professor Simon Carding who leads IFR’s research into gut health. “This opens up a number of very exciting areas of research.”

The IFR team also want to investigate the role these bacterial enzymes play in cross-kingdom communication, to find out the consequences of the calcium signalling changes. The gut lining is highly dynamic, containing stem cells that give rise to a number of different cell types that help to maintain the gut in a healthy state. Gut bacteria play a role in maintaining this healthy state, with diversions from this implicated in a number of diseases.

Introducing genetically modified food substances without examining their ability to communicate with the human body and the mechanisms by which cell pathways may be disrupted is a serious public health concern.