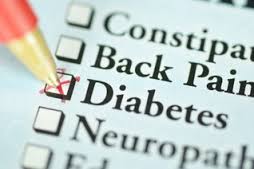 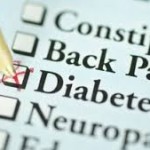 A study presented by the University of Illinois at the ENDO 2015 meeting in San Diego has pointed to the fact that lack of beneficial gut bacteria contributes to an elevated risk for developing type 2 diabetes. The research findings examined the impact on African Americans who are considered to be high risk for the disease. More and more studies are focusing on the health impact of gut bacteria, its ability to fight infections, and how it plays an important role in keeping the immune system healthy.

The research participants consisted of 116 African-American male veterans, aged 45 to 75, who participated in the D Vitamin Intervention in VA, or DIVA study. The DIVA study was initiated to determine if vitamin D supplementation can prevent diabetes in men with risk factors for developing the disease. The study participants were divided into four groups based on changes in their blood sugar levels as determined at the start and end of the one-year study. The groups included men whose glucose levels remained normal (non-pre-diabetic); those with stable levels indicative of pre-diabetes; those whose levels indicated a worsening of glucose control; and those whose levels improved. All the men provided stool samples for analysis of their gut microbiota.

The research findings revealed that men whose blood sugar levels stayed normal over the year had more gut bacteria that are considered beneficial for metabolic health, whereas those who stayed pre-diabetic had fewer beneficial bacteria and more harmful bacteria. In addition, the group whose levels improved had more abundant Akkermansia—healthy bacteria—than the group that maintained normal blood sugar control throughout the year.

“The study provides additional reasons for physicians to recommend foods, such as prebiotics, which improve the growth and activity of helpful gut bacteria,” said principal investigator Dr. Elena Barengolts.