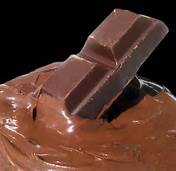 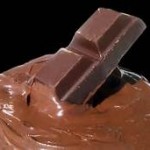 A new study has detailed the reason behind the health benefits of chocolate in a finding which will delight chocoholics. Previous studies have documented that chocolate is an anti-oxidant with numerous health benefits instrumental in preventing heart problems, liver disease, high blood pressure and stroke. Now researchers, from the Louisiana State University, have presented the exact mechanism behind chocolates health benefits at the 247th National Meeting & Exposition of the American Chemical Society (ACS).

Bacteria in the stomach chomp on chocolate and convert it into ant-inflammatory compounds through a fermentation process. “We found that there are two kinds of microbes in the gut: the ‘good’ ones and the ‘bad’ ones,” explained Maria Moore, an undergraduate student and one of the study’s researchers. “The good microbes, such as Bifidobacterium and lactic acid bacteria, feast on chocolate,” she said. “When you eat dark chocolate, they grow and ferment it, producing compounds that are anti-inflammatory.”

“When these compounds are absorbed by the body, they lessen the inflammation of cardiovascular tissue, reducing the long-term risk of stroke,” said John Finley, Ph.D., the lead study author.

Chocolate contains cocoa powder, an ingredient in chocolate. Cocoa powder is full of polyphenolic, or antioxidant, compounds such as catechin and epicatechin, and a small amount of dietary fiber. When the components reach the stomach the beneficial gut bacteria metabolize polyphenolic polymers into smaller molecules, which are more easily absorbed. These smaller polymers exhibit anti-inflammatory activity.

Finley suggested combining the fiber in cocoa with prebiotics in order to improve a person’s overall health and help convert polyphenolics in the stomach into anti-inflammatory compounds. “When you ingest prebiotics, the beneficial gut microbial population increases and out competes any undesirable microbes in the gut, like those that cause stomach problems,” he said.