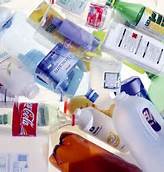 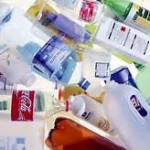 There has long been concern regarding the use of BPA in plastics that package food and water products. BPA, or bisphenol A, is a widely used chemical, used to line aluminum cans to protect them from corrosion and also used in plastics such as bottles, tableware and food storage containers.

BPA is banned in Canada and the European Union, but the U.S. Food and Drug Administration (FDA) has only banned the use of the chemical from manufacturing of baby bottles and sippy cups as of July 2012.

Environmental scientists have now released a strongly worded warning in the Journal of Epidemiology and Community health relating to synthetic chemicals used in the packaging, storage, and processing of foodstuffs which may be harmful to human health over the long term.

The warning centers around the leaching nature of the chemical substances in packaging, which are not inert and can leach into the food that are eaten, thereby exposing consumers to a chronic consumption of these substances. Not enough is known about the long term impact of chronic exposure including at crucial stages of human development, such as in the womb.

The scientists collaboratively suggest that lifelong exposure to food contact materials, (FCMs), substances used in packaging, storage, processing, or preparation equipment is a cause for concern for several reasons as is the intentional exposure to over 4000 types of chemical substances.

These include the fact that known toxic chemicals, such as formaldehyde, a cancer causing substance, are legally used in FCMs. Formaldehyde is widely present, albeit at low levels, in plastic bottles used for fizzy drinks and melamine tableware. Other chemicals including bisphenol A, tributyltin, triclosan, and phthalates with known health effects are also present in FCMs.

“Whereas the science for some of these substances is being debated and policy makers struggle to satisfy the needs of stakeholders, consumers remain exposed to these chemicals daily, mostly unknowingly,” the authors point out.

Potential cellular changes caused by FCMs, and in particular, those with the capacity to disrupt hormones, are not even being considered in routine toxicology analysis, which prompts the authors to suggest that this “casts serious doubts on the adequacy of chemical regulatory procedures.”

The scientists urge that since most food is packaged and the entire population is at risk of exposure that implementation of some sort of population-based assessment and biomonitoring are urgently needed to examine the potential links between food contact chemicals and chronic conditions like cancer, obesity, diabetes, neurological and inflammatory disorders, particularly given the known role of environmental pollutants.