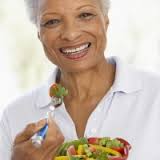 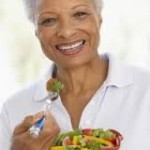 A new study has been published in the journal of Neurology confirming that a healthy diet is associated with improved cognitive function in the over 55 age group. A healthy diet was defined as not containing much red meat, moderate alcohol and lots of fruits and vegetables including nuts and fish.

The research study investigated a population of 27,860 people over the age 55 from 40 countries who were studied for an average of 5 years. None of the research participants had diabetes or a history of heart disease, stroke or peripheral artery disease; nor had any recently experienced serious disease outcomes such as a stroke or congestive heart failure and a baseline of their cognitive skills was taken at the start of the study, then 2 years and 5 years later.

The study revealed that during 56 months of follow-up, 4,699 cases of cognitive decline occurred and that cognitive decline was the slowest among those participants who had the healthiest diet. Participants were asked at the start of the study to say how often they ate certain foods, including vegetables, nuts and soy proteins, whole grains and deep-fried foods. They also reported levels of alcohol intake and gave data to produce a ratio of fish to meat and eggs in their diets. Fourteen % of these showed a drop in thinking and memory, compared with 18% of the people eating the least healthy diets.

“Adoption of a healthy diet probably begins early in life, and a healthy diet might also go along with adoption of other healthy behaviors,” said Dr. Andrew Smyth, of McMaster University in Hamilton, Ontario, Canada, and the National University of Ireland in Galway. “Dietary intake may modify the risk of cognitive decline through multiple mechanisms, including increased risk of stroke (both overt and covert) and through deficiency of nutrients required for neuronal regeneration (for example, group B vitamins, and vitamin C).”