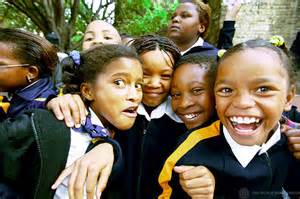 A new collaborative study, by the University of Wits and the University of North Carolina, published in the BMC Pediatrics, has revealed that high blood pressure in adults begins in childhood. The research participants consisted of an urban black population, who were tracked from birth.

High blood pressure is a global problem linked to numerous health conditions including heart disease. South Africa has the highest prevalence of hypertension in adults (78%), based on statistics obtained from the World Health Organization.

A previous study published in the Journal of the American College of Cardiology has demonstrated that elevated blood pressure at an early stage is a predictor for heart failure, after the age of 50. The research participants consisted of 2,479 men and women between ages 18 and 30. Their blood pressure was assessed seven times over a period of 25 years. The estimated “cumulative blood pressure exposure” was evaluated by multiplying their systolic blood pressure (when the heart is contracting) and diastolic blood pressure (between beats) at each of the seven time points by the year in which they were measured. Three percent of people younger than age 18 years have high blood pressure,