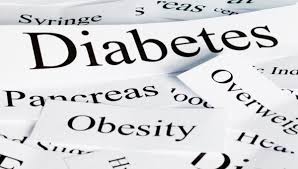 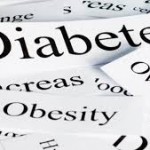 Insulin blocks the secretion of glucagon, acts antagonistically on the liver and instructs the body to take up glucose from the blood.

Type 2 diabetics cannot respond properly to insulin and have uncontrolled glucagon production, thereby causing their livers to overproduce glucose, contributing to high blood-sugar levels. Insulin is often given to people with type 2 diabetes to try to overcome insulin-resistance and lower the levels of glucose in the bloodstream.

Insulin, however, signals the body to produce fat especially with the high levels needed to control excess glucose. Therefore, the mice who were provided with the glucose ended up fat.

“We found that mice lacking the receptor for glucagon cannot get fat unless they are given the high levels of insulin found in mice (and humans) that have type 2 diabetes,” said Dr. Michael Roth, Professor of Biochemistry at UT Southwestern Roth, who holds the Diane and Hal Brierley Distinguished Chair in Biomedical Research. “This result suggests that the high levels of insulin found in those who develop insulin resistance and type 2 diabetes are a contributor to obesity and its complications.”

The researchers suggest that treating patients who have type 2 diabetes with higher than normal amounts of insulin could contribute to the development of obesity. Medical doctors may need to reconsider the use of intensive insulin therapy to control hyperglycemia (high blood-sugar levels) in obese, diabetic patients with hyperinsulinemia (overproduction of insulin). Suppressing glucagon action could prevent hyperinsulinemia, without causing diabetes. The research team found that suppressing glucagon in obese, insulin-resistant, type 2 diabetic mice reduced blood glucose back to normal levels. The findings suggest that high insulin levels actually aggravate diabetes by causing obesity.