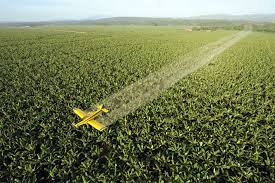 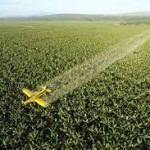 A new study examined 451 pregnant women and tracked urine samples from 455 women to investigate the level of exposure to thylene thiourea (ETU); found in the fungicide mancozeb. Mancozeb is a common agrochemical used on a variety of crops here and around the world.

The fungicide is registered with the Plant Health Department for use on bananas, plantains, peppers, beans, potatoes, watermelons and tomatoes, among other foods. The fungicide is commonly sprayed over banana plantations and can be fatal to brain development.

The study published in the Environmental Health perspectives warned about the levels being significantly higher for women living less than 50 meters from a banana plantation. The chemical also impacted on women who washed agricultural work clothes one day before samples were collected.

The study is concerning as bananas are exported widely including to the United States.

“Few women work in the agricultural sector, which led us to believe that this is a problem for the wider environment,” said Berna van Wendel, a professor with the National University’s Central American Institute for Studies on Toxic Substances.

“The weather is hot and their homes are build to let the air in. It’s not easy to avoid contact with these chemicals so we suggested reducing the amount of chemicals at the source,” she said.

“It’s important to review the current legislation on required distances for the application of pesticides by air,” she said, noting that several people interviewed in their research complained about the crop dusters buzzing the banana fields near where people live.

The researchers recommend establishing a buffering zone for the spray of fungicides on bananas.