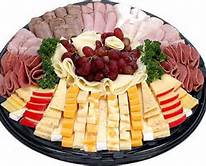 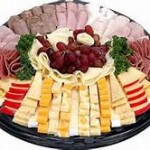 There has been considerable debate in scientific circles regarding the effectiveness and use of high protein diet during middle age with the popularity of the Atkins and other protein based diets. Now a new study has linked high protein intake during middle age with a substantially increased cancer risk rate. High protein intake is also associated with a much lower life expectancy rate and an increased risk of diabetes. This is the first study to show a definitive correlation between high protein consumption and mortality risk and is based on how biology changes with age. Protein controls the growth hormone IGF-I, which helps our bodies grow but has been linked to cancer susceptibility. Levels of IGF-I drop off dramatically after age 65, leading to potential frailty and muscle loss. The study shows that while high protein intake during middle age is very harmful, it is protective for older adults: those over 65 who ate a moderate- or high-protein diet were less susceptible to disease.

Plant based proteins did not have the same effect, suggesting that animal proteins from cheese and meat are solely to blame. A high protein diet was defines as deriving at least 20 percent of calories from protein, including both plant-based and animal-based protein. A “moderate” protein diet includes 10-19 percent of calories from protein, and a “low-protein” diet includes less than 10 percent protein.

“There’s a misconception that because we all eat, understanding nutrition is simple. But the question is not whether a certain diet allows you to do well for three days, but can it help you survive to be 100?” said corresponding author Valter Longo, the Edna M. Jones Professor of Biogerontology at the USC Davis School of Gerontology and director of the USC Longevity Institute.

“The research shows that a low-protein diet in middle age is useful for preventing cancer and overall mortality, through a process that involves regulating IGF-I and possibly insulin levels,” said co-author Eileen Crimmins, the AARP Chair in Gerontology at USC. “However, we also propose that at older ages, it may be important to avoid a low-protein diet to allow the maintenance of healthy weight and protection from frailty.”

“The majority of Americans are eating about twice as much proteins as they should, and it seems that the best change would be to lower the daily intake of all proteins but especially animal-derived proteins,” Longo said. “But don’t get extreme in cutting out protein; you can go from protected to malnourished very quickly.”

Consuming moderate amounts of protein had detrimental effects during middle age, with people still three times as likely to die from cancer compared to consuming a low protein diet. Across all 6,318 adults over the age of 50 in the study, average protein intake was about 16 percent of total daily calories with about two-thirds from animal protein — corresponding to data about national protein consumption. The study sample was representative across ethnicity, education and health background.