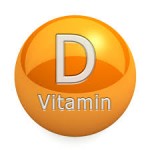 Researchers from the University of Copenhagen have for the first time demonstrated a correlation between high vitamin D levels and cardiovascular deaths. Vitamin D is not water soluble but consists of a group of fat-soluble sterols necessary for normal bone growth, especially vitamin D2 (ergocalciferol) and vitamin D3 (cholecalciferol). Vitamin D is generally found in milk, fish, and eggs and can be produced in the skin on exposure to sunlight.

Vitamin D deficiency has been associated with a significant public health burden as a dietary lack of vitamin D in the diet can cause rickets in children. Now this study suggests that there are significant adverse effects associates with high levels of vitamin D consumption.

The study examined the vitamin D consumption in 247,574 Danes who were followed for a 7 year period and their subsequent mortality rate

“We have studied the level of vitamin D in 247,574 Danes, and so far, it constitutes the world’s largest basis for this type of study. We have also analysed their mortality rate over a seven-year period after taking the initial blood sample, and in that time 16,645 patients had died. Furthermore, we have looked at the connection between their deaths and their levels of vitamin D,” said Peter Schwarz, Professor at the Department of Clinical Medicine.

Out of the 247,574 research participants a total of 16.645 subjects died in the ensuing 0–7 years. 5,454 died from cardiovascular disease including 1,574 from stroke and 702 acute myocardial infarct. 25-hydroxyvitamin D level of 70 nmol/L was associated with the lowest cardiovascular disease mortality risk. Men had a higher mortality rate than women. Results were similar for stroke and acute myocardial subgroups

“If your vitamin D level is below 50 or over 100 nanomol per litre, there is an greater connection to deaths. We have looked at what caused the death of patients, and when numbers are above 100, it appears that there is an increased risk of dying from a stroke or a coronary. In other words, levels of vitamin D should not be too low, but neither should they be too high. Levels should be somewhere in between 50 and 100 nanomol per litre, and our study indicates that 70 is the most preferable level,” said Schwartz.

The researchers recommend that nutritional supplements should only be taken upon consultation with the relevant medical professional.