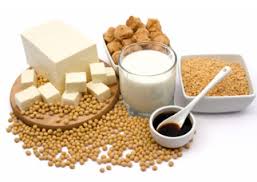 A new study published by Researchers at the University of Illinois in the journal Molecular Nutrition and Food Research. found that human genes triggered by soy play both a role in preventing and advancing breast cancer. Minimally processed soy flour stimulate genes that suppress cancer, while purified soy isoflavones stimulate oncogenes that promote tumor growth. The study wanted to examine Asian women’s breast cancer risk which is 3-5 times lower than women in the U.S. and the cause is attributed to a higher amount of soy in the diet.

The researchers used mice models to investigate more than 22,680 gene expressions in tumors collected from mice. The mice were injected with MCF-7 human breast-cancer cells and fed one of four diets, including one based on soy flour that contained mixed isoflavones, and another diet based on a purified isoflavone mixture. The diets contain 750 parts per million of a substance called genistein which is the primary isoflavone in soy, and recent studies have raised concerns about its long-term effects and potential role in carcinogenesis. The mice were physically altered to simulate post-menopausal women, and Liu found that the soy flour and purified isoflavone diets had differing effects on their cells’ expression of genes associated with breast cancer.

Consumption of soy caused altered gene expression. Soy flour exhibited higher expression of the tumor-suppressing genes ATP2A3 and BLNK, each of which is associated with suppressed tumor growth. These mice also expressed lower levels of oncogenes MYB and MYC, which researchers have found to be critical to tumor growth during early stage breast cancer, and associated with the uncontrolled proliferation of cancer cells, respectively.

The purified isoflavones stimulated tumor growth by activating cancer genes MYB and MYC, while suppressing both immune function and antigen processing. Both of these metabolic processes are involved in seeking out and destroying cancer cells.

Soy purified isoflavones promote the expression of two kinesin family genes, KIF14 and KIF23, each of which has been associated with shorter survival rates; less than five years. In contrast the isoflavone diet also decreased expression of zinc finger protein gene 423, also called ZNF423, which has been linked with survival rates of five years or greater among breast cancer patients.

The researchers suggest that using isoflavone dietary supplements are not recommended in breast cancer patients. However, consuming soy from a whole food along with other legumes is a safer option.