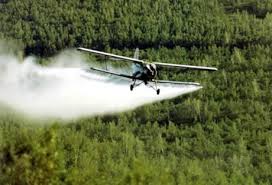 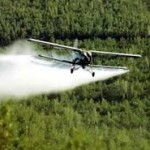 The State had approved a statewide “pest management” plan that allows pesticide spraying on schools, organic farms and residential yards, including aerial spraying over homes in rural areas. The approved plan cited the use of 79 pesticides that have been linked to cancer, birth defects and reproductive harm and are toxic to the environment. Thousands of public comment letters were received by the agency calling for a less toxic approach that would represent less of a public health risk and protect the state’s food system from unnecessary exposure.

“The state offers no evidence to support its conclusion that this pesticide-centered program will have no effect on our health,” said Debbie Friedman, cofounder of MOMS Advocating Sustainability. “As a parent, I am particularly disturbed that health risks of pesticide residues for children aged two and under are dismissed based on the absurd reasoning that infants spend most of their time indoors.”

“This program puts people and some of California’s most imperiled species, like salmon and tiger salamanders, directly in harm’s way from dangerous pesticides,” said Jonathan Evans, toxics and endangered species campaign director at the Center for Biological Diversity. “It’s frightening that the state would spray these toxic chemicals throughout California without fully analyzing their effects or telling the public of the consequences.”

The statewide pesticide plan, approved Dec. 24 as part of the Statewide Plant Pest Prevention and Management Environmental Impact Report, over rides community protection mechanisms and allows these chemicals to be used anywhere in the state and at any time without allowing affected communities to opt out of the spraying.

The complaint, filed in Alameda Superior Court, lists the numerous violations of state environmental laws, including failure to notify the public of future pesticide spraying and failure to analyze the impacts of the pesticides on human and environmental health, including harm to infants and contamination of drinking water.

“What will it take to make the state accountable to the tens of thousands of individuals who wrote comment letters asking the state to adopt a modern, sustainable pest management approach that would ensure that food and nursery plants are not contaminated by pesticides?” said Nan Wishner, board member of the California Environmental Health Initiative.

“Municipal drinking water sources that are already contaminated with pesticides would be further degraded by this pesticide program. How can the department realistically claim that pesticides sprayed under this program will never reach any of those bodies of water?” said attorney Jason Flanders of ATA Law Group.