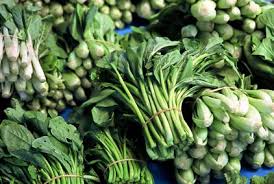 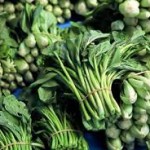 The study examined research data from 950 older adults who were followed for an average of five years and saw a significant decrease in the rate of cognitive decline for study participants who consumed greater amounts of green leafy vegetables. People who ate one to two servings per day had the cognitive ability of a person 11 years younger than those who consumed none.

“Losing one’s memory or cognitive abilities is one of the biggest fears for people as they get older,” said Martha Clare Morris, Sc.D., assistant provost for community research at Rush University Medical Center and leader of the research team. “Since declining cognitive ability is central to Alzheimer’s disease and dementias, increasing consumption of green leafy vegetables could offer a very simple, affordable and non-invasive way of potentially protecting your brain from Alzheimer’s disease and dementia.”

“Our study identified some very novel associations,” said Morris, who will present the research at the American Society for Nutrition (ASN) Annual Meeting during Experimental Biology 2015. “No other studies have looked at vitamin K in relation to change in cognitive abilities over time, and only a limited number of studies have found some association with lutein.” Other studies have linked folate and beta-carotene intake with slower cognitive decline.

Individual nutrients were linked to keeping the brain healthy and they found that vitamin K, lutein, folate and beta-carotene had the most impact.