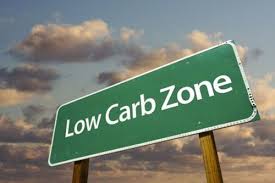 Diabetes is considered a health risk in the United States, with an estimated 29.1 million American adults having diabetes, and another 79 million have metabolic syndrome, or pre-diabetes, meaning more than 46 percent of adults in the United States have diabetes or pre-diabetes. The study compiled by a group pf 26 physicians and nutrition researchers suggests that there is a need for the re-appraisal of dietary guidelines to control the epidemic of diabetes. The researchers cite the specific failure of current low fat diets to improve obesity, cardiovascular risk or general health and have cited 12 specific points to advocate for a low-carbohydrate diet.

“Diabetes is a disease of carbohydrate intolerance,” said Barbara Gower, Ph.D., professor and vice chair for research in the UAB Department of Nutrition Sciences and one of the study authors. “Reducing carbohydrates is the obvious treatment. It was the standard approach before insulin was discovered and is, in fact, practiced with good results in many institutions. The resistance of government and private health agencies is very hard to understand.”

The research group specified that their review of the medical literature shows that low-carbohydrate diets reliably reduce high blood sugar and reveal the general benefit for risk of cardiovascular disease.

The 12 points advocating for a low-carbohydrate diet are:

“Here we take a positive approach and look to the future, while acknowledging this paper calls for change. The low-fat paradigm, which held things back, is virtually dead as a major biological idea. Diabetes is too serious a disease for us to try to save face by holding onto ideas that fail.”

“For many people with Type 2 diabetes, low-carbohydrate diets are a real cure,” said Gower. “They no longer need drugs. They no longer have symptoms. Their blood glucose is normal, and they generally lose weight.”