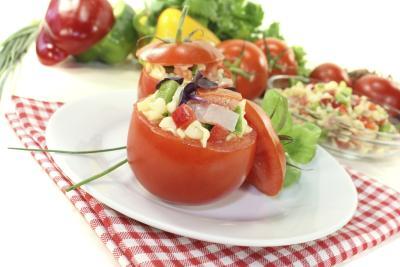 The diet, most commonly referred to as the Eco-Atkins diet, has been found to most effective in managing weight loss and reducing the risk of cardiovascular disease by 10 percent over ten years. The diet is high in vegetable proteins and oils and reduces the LDL cholesterol in the body, the number one contributing factor to heart disease. Carbohydrate sources included high-fibre foods such as oats and barley and low-starch vegetables such as okra and eggplant. Proteins came from gluten, soy, vegetables, nuts and cereals. Predominant fat sources for the Eco-Atkins diet were nuts, vegetable oils, soy products and avocado.

A new study, published in the British Medical Journal Open, compared the effects of the Eco-Atkins diet compared to a high carbohydrate, low-fat diet. The research participants consisting of twenty three obese men and women took part in a six months diet and were provided with detailed menu plans that outlined food items and amounts.

“We killed two birds with one stone or, rather, with one diet,” explained lead author Dr. David Jenkins, who is director of the Clinical Nutrition and Risk Modification Centre of St. Michael’s Hospital and a Nutritional Sciences professor at the University of Toronto. “We designed a diet that combined both vegan and low-carb elements to get the weight loss and cholesterol-lowering benefits of both.”

“We could expect similar results in the real world because study participants selected their own diets and were able to adjust to their needs and preferences,” said Dr. Jenkins.

Another study, published in the Annals of Medicine by Linköping University in Sweden, has revealed that a low-carbohydrate diet reduces the level of inflammation in the body of type 2 diabetes patients.