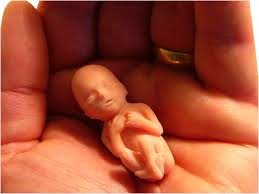 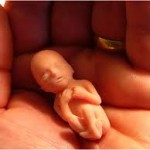 A study published in the International Journal of Epidemiology, by researchers at Columbia University’s Mailman School of Public Health and Leiden University in the Netherlands, determined that malnourishment during pregnancy affected children adversely.

This is the first study to look at prenatal nutrition and genome-wide DNA patterns in adults exposed to severe under-nutrition at different periods of gestation. The period of gestation was 10 weeks of pregnancy. The long term effect was associated with a 10 percent increase in mortality at the age of 63 years.

Malnourishment was defined as 900 calories or less, during the Dutch Hunger Winter of 1944-1945, affecting genome-wide DNA methylation levels. The study group consisted of 422 individuals exposed to the famine at any time during gestation and 463 controls without prenatal famine exposure.

The research findings exhibited associations between famine exposure during weeks 1-10 of gestation and DNA changes, but not later in pregnancy. DNA methylation changes were also seen among individuals conceived at the height of the famine between March and May 1945 who were not exposed to all 10 weeks of early gestation.

“The first ten weeks of gestation is a uniquely sensitive period when the blood methylome, or whole-genome DNA methylation, is especially sensitive to the prenatal environment,” said L.H. Lumey, MD, PhD, associate professor of Epidemiology at the Mailman School of Public Health, and last author. “This is the period when a woman may not even be aware that she is pregnant.”

The researchers recommend using the research findings to see if DNA-methylation can make a difference for obesity and diabetes risk in this population. Other studies have revealed that type 1 diabetes, is caused by epigenetics, caused by nutritional changes.