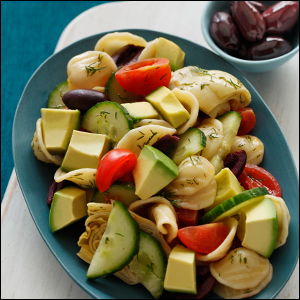 Another study has arrived which confirms the positive impact of the Mediterranean diet on blood pressure.

The Mediterranean diet includes unsaturated fats found in olive oil, nuts and avocados, along with vegetables like spinach, celery and carrots that are rich in nitrites and nitrates. When these two food groups are combined, the reaction of unsaturated fatty acids with nitrogen compounds in the vegetables results in the formation of nitro fatty acids.

The research was conducted by the King’s College in London; published in the PNAS journal and examined the process by which these nitro fatty acids lowered blood pressure. and whether they inhibited an enzyme known as soluble Epoxide Hydrolase.

Mice models were used and consisted of genetically engineered mice and normal mice. The normal mice were found to have lowered blood pressure by combining unsaturated fats and vegetables abundant in nitrite and nitrate, through the inhibition of Epoxide Hydrolase.

In another study, the epigenetic changes caused by the Mediterranean diet were examined and the association with a lowered risk of cardiovascular problems, stroke and heart failure. These foods change how genes associated with atherosclerosis function.

An analysis after three months revealed that the first group had an impact on the down-regulation in the expression of atherosclerosis-related genes in their peripheral blood mononuclear cells. Olive oil polyphenols were also involved on the expression of genetic changes influencing coronary heart disease. Overall health was impacted with an effect on lipid and DNA oxidation, insulin resistance, inflammation,  carcinogenesis, and tumor suppression.

“This study is ground breaking because it shows that olive oil and a Mediterranean diet affect our bodies in a far more significant way than previously believed,” said Gerald Weissmann, M.D., Editor-in-Chief of the FASEB Journal. “Not only does this research offer more support for encouraging people to change their eating habits, it is an important first step toward identifying drug targets that affect how our genes express themselves.”