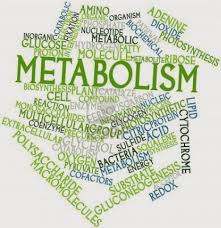 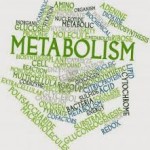 A collaborative study between the the Department of Epidemiology and Biostatistics at Imperial College London’s School of Public Health and the Department of Epidemiology and Population Health, at Albert Einstein College of Medicine of Yeshiva University in New York revealed that metabolic health plays an important role in developing breast cancer.

The study was published in the journal of Cancer Research and the results were true for both overweight and normal weight postmenopausal individuals, who were deemed as metabolically unhealthy.

The study consisted of analyzing data from 3,327 nondiabetic women enrolled in the Women’s Health Initiative. The research team investigated the most common causes of death, disability, and poor quality of life in postmenopausal women. Within this study pool 497 women received a breast cancer diagnosis over a mean of 8.2 years of follow-up. Metabolic health was defined using two measures: fasting insulin levels and the homeostatic model assessment (HOMA-IR) method for quantifying insulin resistance.

“Obesity is a significant risk factor for a number of types of cancer including postmenopausal breast cancer,” said Marc J. Gunter, PhD. “Most, but not all, individuals who are obese have metabolic abnormalities including high levels of fasting insulin and insulin resistance, which means that their bodies produce the hormone insulin but do not use it effectively. We found that postmenopausal women who were overweight or obese and metabolically unhealthy were at increased risk for breast cancer, but their metabolically healthy counterparts were not,” Gunter said “We also found that postmenopausal women who were lean but metabolically unhealthy were at similarly increased risk for the disease.These results suggest that metabolic health evaluated by, for example, insulin resistance, might be a better predictor of breast cancer risk than being overweight or obese,” said Gunter. “However, given that being overweight or obese significantly increases an individual’s risk of being metabolically unhealthy, it remains important that we all keep a healthy weight throughout life.”

“Our data suggest that insulin resistance may be a significant factor in the development of breast cancer, irrespective of whether a woman is overweight or normal weight,” said Gunter. “However, we need to conduct further larger-scale studies, preferably ones that allow us to follow a woman’s metabolic health over time, to better understand this and to verify our current findings.”