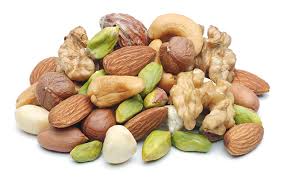 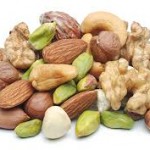 A large scale study by the University of Texas Southwestern Medical Center has revealed that consuming nuts every day is associated with a significant reduction of metabolic syndrome in teens. Metabolic syndrome is defined by having any one of the following: abdominal obesity, elevated triglycerides, low HDL or “good” cholesterol, high blood pressure and high blood sugar. It is estimated that one in nine children in the U.S. are affected by the syndrome.

The research participants consisted of 2,233 U.S. adolescents, ages 12 to 19 years, who participated in the National Health and Nutrition Examination Survey (NHANES) between 2003 and 2010. Teens who ate at least 12.9 grams (g) per day of nuts, equivalent to consuming a small handful three times per week, had less than half the odds of non-eaters for developing metabolic syndrome. The research finding categorized nut consumption by ethnic background. Whites were twice as likely to consume nuts than Latinos or non-Hispanic blacks: 0.22 ounces per day on average versus about 0.11 ounces for the other ethnic groups. Seventy five percent of all teens reported eating no nuts at all. Metabolic syndrome risk decreased with each additional gram per day of nut intake.

“The surprising finding,” said the study’s lead investigator Roy Kim, MD, MPH, an assistant professor of pediatrics at the University of Texas Southwestern Medical Center and Children’s Health in Dallas, “is that, in spite of what we know about their health benefits, the majority of teens eat no nuts at all on a typical day.”

“Metabolic syndrome is a major public health problem,” Kim said. “Our findings at this stage show only a correlation and do not prove that the risk of metabolic disease in teens will go down by eating nuts. However, the results suggest the possibility that a simple dietary recommendation could have a significant impact on the metabolic health of adolescents.”