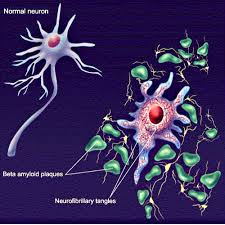 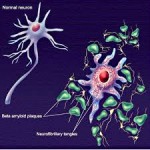 A study published in the scientific journal Nature Communications revealed that the Amyloid Precursor Protein (APP), is impacted by certain RNA strands to impact and cause Alzheimer’s disease. The research was a collaborative effort between the National Neuroscience Institute, Duke-Nus Graduate Medical School and the Agency for Science and Technology.

Alzheimer’s disease like many neurological diseases is a complex disease with many metabolic unknown factors contributing to the expression of symptoms. One particular common factor that has emerged is the clumping of APP protein in the brain causing amyloid plaques a characteristic of Alzheimer’s disease.

Dr. Zeng and her team discovered that APP controls the growth and maturation of newborn brain cells by regulating a target known as microRNA-574-5-p. MicroRNAs are small strands of RNA that influence the expression of human genes, which can be impacted by numerous environmental factors including pesticides. The researchers specifically found that APP controlled the growth and maturation of specific brain cells affecting neuron expression impacting on brain activity.

“Our findings highlight that microRNA-574-5p may be a potentially useful new target for drug development against Alzheimer’s disease,” said Dr Zeng Li, the principal investigator of the study. “We are just starting to understand how misregulated microRNA-574-5p expression can cause our brain activities to go wrong, and much more work needs to be done.”

“Brain-specific microRNAs control neurogenesis during brain development, and their misregulation is implicated in other devastating psychiatric disorders like autism and schizophrenia,” said Assistant Professor Shawn Je from Duke-NUS, a collaborator for this study. “So, this discovery also sheds light on ongoing collaboration work between our team and Dr Zeng’s group to elucidate genetic and cellular mechanisms of autism.”

Many studies have found increased prevalence of cognitive, behavioral and psychomotor dysfunction in individuals chronically exposed to pesticides. Furthermore, evidence from recent studies shows a possible association between chronic pesticide exposure and an increased prevalence of dementia, including Alzheimer’s disease (AD) dementia. At the cellular and molecular level, the mechanism of action of many classes of pesticides suggests that these compounds could be, at least partly, accountable for the neurodegeneration accompanying AD and other dementias. For example, organophosphates, which inhibit acetylcholinesterase as do the drugs used in treating AD symptoms, have also been shown to lead to microtubule derangements and tau hyperphosphorylation, a hallmark of AD. This emerging association is of considerable public health importance, given the increasing dementia prevalence and pesticide use.

One study has already linked interference in mRNA expression with an altered signaling pathway that impacts on Parkinson’s disease upon exposure to pesticides. It is not a far fetched scenario to correlate environmental exposure of toxins including genetically modified food that has been genetically altered to be resistant to certain pesticides with an increased risk of developing a neurological disorder.