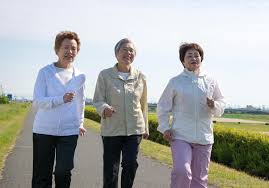 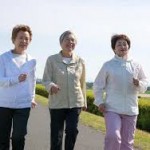 A study by the University of Oxford suggests that moderate physical activity a few times a week is sufficient to lower the risk of heart disease, stroke and blood clots.

Research participants included 1.1 million women in the United Kingdom, who joined the Million Women Study in 1996-2001, with no history of cancer, heart disease, stroke, blood clots, or diabetes. The women were followed for 9 years. The average age when they joined the study was 56 and women reported their exercise level at the beginning of the study and three years later.

Three years later, they were asked about hours spent doing walking, cycling, gardening and housework. Women were followed by record linkage to NHS cause-specific hospital admissions and death records. During an average of 9 years follow-up, 49,113 women had a first coronary heart disease event, 17,822 had a first cerebrovascular event, and 14,550 had a first venous thromboembolic event.

The results reflect that women who performed strenuous physical activity two to three times per week were about 20 percent less likely to develop heart disease, strokes or blood clots compared to participants who reported little or no activity. Among women who were already active there was little evidence of further risk reductions with more frequent activity.

“Inactive middle-aged women should try to do some activity regularly,” said Miranda Armstrong, M.Phil., Ph.D, the study’s lead author and a physical activity epidemiologist at the University of Oxford in the United Kingdom. “However, to prevent heart disease, stroke and blood clots, our results suggest that women don’t need to do very frequent activity as this seems to provide little additional benefit above that from moderately frequent activity.”