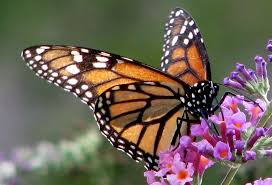 A petition requesting federal protections for monarchs filed by the Xerces Society and other concerned organizations presents substantial information indicating that the listing may be warranted. It will take a year for the agency to evaluate the petition.

Biologists have attributed monarch declines to heavy pesticide use and logging of mountain forests in central Mexico and coastal California where some of them winter, said biologist Karen Oberhauser at the University of Minnesota.

Monarchs are divided according to their migration patterns. Monarchs from east of the Continental Divide wing across 3,000 miles to Mexico, while those from west of the Divide in Rocky Mountain states like Idaho make a relatively shorter journey to California.

An estimated 1 billion monarchs migrated to Mexico in 1996 compared with just 35 million last year, according to Marcus Kronforst, a University of Chicago ecologist who has studied monarchs.