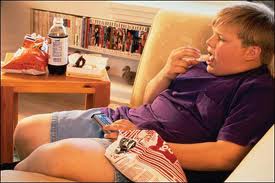 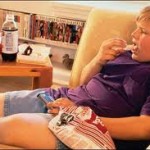 A new study published in the journal of Pediatrics found that contrary to previous reports all classes of obesity in U.S. children have increased over the last 14 years, with an increase in the most severe form of obesity, where children have a BMI that is 120-140 percent higher. The research is bases on an analysis of data collected from 26,690 children ages 2-19 from 1999 to 2012 as part of the National Health and Nutrition Examination Survey (NHANES).

“An increase in more severe forms of obesity in children is particularly troubling,” said Asheley Cockrell Skinner, PhD, lead author of the study and assistant professor of pediatrics in the UNC School of Medicine. “Extreme obesity is more clearly associated with heart disease and diabetes risk in children and adolescents, and is more difficult to treat.”

Dr Skinner commented: “One of the most important messages is whether we have an environment that allows for activity and encourages a healthy diet for all children, regardless of their weight.”

Joseph A. Skelton, MD, of Wake Forest University Baptist Medical Center co-author of the study, concurs. He says, “We have made progress in public policy and healthy messages, but more must be done to help families lead healthier lives, day in and day out. The default in our country should not be unhealthy. We must support local changes in the environment, support each other as we try to live healthier lives, and support the health care changes occurring now that will make it easier for families to be healthy. We need to not only change the world, but change how we live in it.”