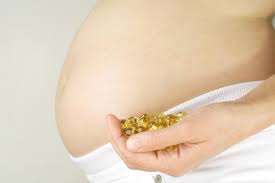 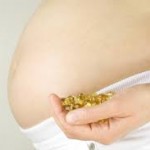 A study, published in the American Journal of Epidemiology, by the UC Davis MIND Institute has linked low iron intake of mothers before and during their pregnancy to the development of autism spectrum disorders (ASD) in their children.

If the mother was 35 years or older or suffered from any metabolic conditions, low iron intake was associated with a five fold greater risk of autism at the time of the child’s birth. The research participants in this study included 346 mothers of children with typical development. The researchers examined maternal iron intake among the study’s participants, including vitamins, other nutritional supplements, and breakfast cereals during the three months prior to through the end of the women’s pregnancies and breastfeeding. The mothers’ daily iron intake was examined, including the frequency, dosages and the brands of supplements that they consumed.

“The association between lower maternal iron intake and increased ASD risk was strongest during breastfeeding, after adjustment for folic acid intake,” said Rebecca J. Schmidt, assistant professor in the Department of Public Health Sciences and a researcher affiliated with the MIND Institute.

“Iron deficiency, and its resultant anemia, is the most common nutrient deficiency, especially during pregnancy, affecting 40 to 50 percent of women and their infants,” Schmidt said. “Iron is crucial to early brain development, contributing to neurotransmitter production, myelination and immune function. All three of these pathways have been associated with autism.”

“Iron deficiency is pretty common, and even more common among women with metabolic conditions,” Schmidt said. “However we want to be cautious and wait until this study has been replicated.

“In the meantime the takeaway message for women is do what your doctor recommends. Take vitamins throughout pregnancy, and take the recommended daily dosage. If there are side effects, talk to your doctor about how to address them.”