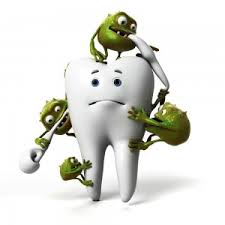 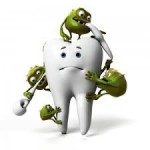 The bacteria in the human mouth is part a bacterial community generally referred to as microbiome. Increasing research has linked human health and certain diseases to the bacterial environment. Now a new study released by the Center for Infectious Disease at the University of Texas at Austin has linked the impact of bacteria residing in your mouth to certain health conditions. Researchers have previously focused on the human gut-microbiome connection.

The researchers used shotgun metagenomic sequencing, a non-targeted way to study the all the genetic material of the bacterial communities and isolated RNA from the plaque samples collected.

“RNA, for those who know about computers, is kind of like the RAM (random access memory), the working memory of the cell,” said study co-author Keith Turner. A metagenomic database was searched for matches at the NIH’s Human Microbiome Project. More than 160,000 genes were analyzed, yielding 28 to 85 million reads of RNA snippets, including about 17 million mRNA reads for each sample.

The research findings demonstrated that bacteria act differently when one is healthy compared to when diseased. “The main thing that they change when they go from health to disease is that they change their metabolism,” Whiteley, the senior researcher said. In other words, a species of bacteria that ate one thing, fructose for example, can switch to a different kind of sugar to feed on if diseased.

Whitely highlighted the fact that pathogenic bacteria has the potential for being manipulated by exposing them to different substances. “You can manipulate bacterial populations numerically very easily. You feed them something else. So you might be able to shift them back. These are some of the ideas that we’ve been thinking about in our lab that might be more pervasive as we move forward.”