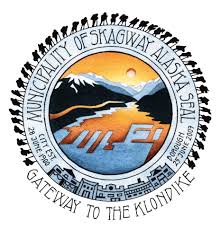 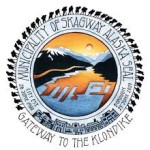 In Alaska, the Borough of Skagway became the first municipality to restrict pesticide use including a complete ban of the use of neonicotinoids by government employees and restricts the sale and use of all neonicotinoid-containing products on all public and private lands in the Borough.

The city was declared the “Garden City of Alaska” by the Governor of Alaska in 1988 and has a mild climate compares to the bitter cold prevalent in the rest of Alaska.

The ordinance provides for the following:

Prohibits the sale and use of persistent pesticides (persistent according to the US Composting Council) on public and private property.
Prohibits the use of restricted herbicides within 300 feet of any waterway.
Creates a list of restricted pesticides (based in part upon the list of pesticides restricted in Takoma Park, Maryland).
Although the ordinance establishes a waiver system by which restricted pesticides may be used, there are stringent requirements to receive a waiver, and neonicotinoids and persistent pesticides are never eligible for a waiver that would allow use.
Prohibits the use of restricted pesticides by municipal agents and employees except in extreme circumstances in accordance with the waiver process.
Contains an education component which encourages private landowners to practice organic pest management.
The ordinance does allow private landowners to apply up to 2 gallons of restricted or 90 lbs of weed and feed on their property; but the homeowners must first exhaust all least-toxic options before pesticide use on private property is allowed.
Establishes civil fines for noncompliance of $1,000 for each day in violation.

The decision to restrict pesticides came as a result of state politics and the railroad industry. In 2013, the Alaska Department of Transportation (ADOT) implemented a new rule that eliminated the opportunity for the public to comment on the proposed use of pesticides on state rights-of-way, essentially allowing spraying to take place without any public knowledge or input. The issue came to a head when the White Pass and Yukon Route Railroad announced its intent to spray glyphosate-based herbicides along over 65 miles of railroad rights-of-way on both sides of the border. Residents in both Alaska and Canada’s Yukon Territory were outraged, citing concerns over water quality, wildlife, and human health.

The local Alaska communities expressed strong concern against the planned spraying citing environmental and wildlife impact concerns. Kim Burnham, a local grass roots activist commented as follows: “The neonicotinoid ban was added mainly due to good timing.” “During the early stages of the ordinance (Aug 2013), there was a surge of media reporting evidence that neonics were a main cause for pollinator declines. A short time after bringing the ordinance forward, there was more evidence pointing to these same pesticides being responsible for bird declines, and I also became aware of evidence that insects, especially butterflies, may be migrating northward in response to climate change. These additional findings may make the neonicotinoid part of the ordinance that much more pertinent to our area.”