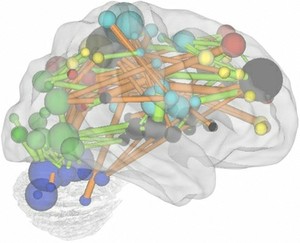 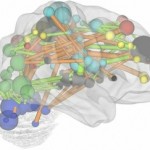 Ground breaking collaborative research from the University of California San Diego, San Diego of Medicine and the Dana-Farber Cancer Institute has discovered a pathway that is connected with different forms of spliced genes that all contribute to the characteristics of autism.

The study published in the journal Nature communications, is the first to discover the gene communication network of alternatively spliced forms of autism genes in the brain. The proteins produced by the alternatively spliced autism genes and their metabolic partners form an autism biological network. The discovery of the new network also illustrates how how multiple autism genes connect to one another. The scientists found that one class of mutations involved in autism, known as copy number variants, involve genes that are closely connected to each other directly or indirectly through a common partner. The study may explain why there is such a wide difference in autistic spectrum disorders.

“When the newly discovered splice forms of autism genes were added to the network, the total number of interactions doubled,” said principal investigator Lilia Iakoucheva, PhD, assistant professor in the Department of Psychiatry at UC San Diego. In some cases, the splice forms interacted with a completely different set of proteins. “What we see from this network is that different variants of the same protein could alter the wiring of the entire system,” Iakoucheva said.

“This is the first proteome-scale interaction network to incorporate alternative splice forms,” noted Marc Vidal, PhD, CCSB director and a co-investigator on the study. “The fact that protein variants produce such diverse patterns of interactions is exciting and quite unexpected.”

The network research will be publicly available from the National Database of Autism Research. “With this assembled autism network, we can begin to investigate how newly discovered mutations from patients may disrupt this network,” said Iakoucheva. “This is an important task because the mechanism by which mutant proteins contribute to autism in 99.9 percent of cases remains unknown.”

The network illustrates the lack of understanding contributing to diagnosis and treatment of autism and the potential for many environmental factors to impact on the genes involved.