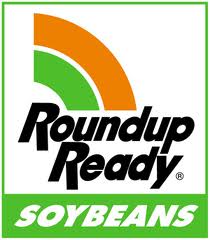 A recent peer-reviewed study released in the US has described in detail the effect of Roundup, (the Monsanto developed herbicide), on the health of the consumer public.

The study revealed the contributing impact of Roundup on gastrointestinal disorders, obesity, diabetes, heart disease, depression, autism, infertility, cancer and Alzheimer’s disease and states that “glyphosate enhances the damaging effects of …food borne chemical residues and environmental toxins”. Negative impact on the body is insidious and manifests slowly over time as inflammation which damages cellular systems throughout the body.

Glyphosate, the active ingredient in Roundup®, is the most popular herbicide used worldwide. The industry asserts it is minimally toxic to humans, but the peer reviewed study argued otherwise. Residues are found in the main foods of the Western diet, comprised primarily of sugar, corn, soy and wheat. Glyphosate’s inhibition of cytochrome P450 (CYP) enzymes is an overlooked component of its toxicity to mammals. CYP enzymes play crucial roles in biology, one of which is to detoxify xenobiotics. Thus, glyphosate enhances the damaging effects of other food borne chemical residues and environmental toxins. Negative impact on the body is insidious and manifests slowly over time as inflammation damages cellular systems throughout the body and the study revealed the interference with CYP enzymes and how they act synergistically with disruption of the bio- synthesis of aromatic amino acids by gut bacteria, as well as impairment in serum sulfate transport. Consequences are most of the diseases and conditions associated with a Western diet, which include gastrointestinal disorders, obesity, diabetes, heart disease, depression, autism, infertility, cancer and Alzheimer’s disease.

Glyphosate is today the most popular herbicide in use in agricultural practices in the U.S., and, increasingly, throughout the world. Its usage rate has accelerated significantly in the last decade due mainly to two factors: (1) the patent expiration in 2000 led to greatly reduced cost, and (2) the adoption of genetically modified crops that are resistant to its toxic effects allows for higher exposure with little loss in harvest yield. The notion that glyphosate has minimal toxicity in humans, widely popularized by Monsanto, has prevented farmers from using caution in their application of this chemical to their crops.

The recent rise in the rates of autism diagnoses in the United States is a cause for alarm. The study authors proposed that autism can be characterized as a chronic low-grade encephalopathy, where the cascade of events taking place in the brain is a process that enables the renewal of severely depleted sulfate supplies to the brain. The foundation for their proposal centers around dysbiosis in the gut as a source of ammonia that
initiates the encephalytic response, and proposed glyphosate as one of the many environmental toxins that might be responsible for the dysbiosis and for sulfate depletion.

The fact that it is deemed by most regulators to nontoxic makes it insidious as it is pervasive in the global food supply. The key pathological biological effects of glyphosate — disruption of the
gut bacteria, impairment of sulfate transport, and interference with CYP enzyme activity—can easily explain the features that are characteristic of autism.

Contrary to the current widely-held misconception that glyphosate is relatively harmless to humans, the available evidence shows that glyphosate may rather be the most important factor in the development of multiple chronic diseases and conditions that have become prevalent in Westernized societies. In addition to autism, these include gastrointestinal issues such as inflammatory bowel disease, chronic diarrhea, colitis and Crohn’s disease, obesity, cardiovascular disease, depression, cancer, cachexia, Alzheimer’s disease, Parkinson’s disease, multiple sclerosis, and ALS, among others.

While glyphosate is obviously not the only environmental toxin to contribute to these diseases and conditions, glyphosate’s ability to disrupt the gut bacteria, to impair serum transport of sulfate and phosphate, and to interfere with CYP enzymes, logically progresses to this multitude of diseased states, through well-established biological processes. Glyphosate’s disruption of the body’s ability to detoxify other environmental toxins leads to synergistic enhancement of toxicity. While genetics surely play a role in susceptibility, genetics may rather influence which of these conditions develops in the context of glyphosate exposure, rather than whether any of these conditions develops.

There is a substantial alignment among countries, worldwide, with low or decreasing birth rates, emerging obesity problems, and an increasing glyphosate burden. Given the arguments presented, it is plausible that glyphosate is causal in these trends. It may also be possible to demonstrate strong correlations between glyphosate usage and both autism and breast cancer.

This study demonstrates the impact of Roundup as a herbicide on the global food chain and public health; but did not address the insidious impact of genetically modified organisms that have been modified to be resistant to Roundup.