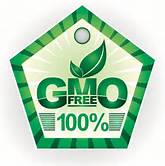 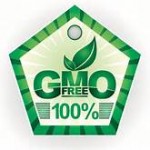 The Grocery Manufacturers Association has already announced its intent to petition the FDA in 2014 to declare genetically modified organisms as natural. Now the association intends to join the political landscape and take the battle to a federal level advocating for an industry friendly voluntary federal standard. A move quite clearly designed to usurp individual State initiatives to implement mandatory labeling laws. The coalition behind the effort also includes the Snack Food Association, the American Frozen Food Institute and the American Bakers Association, as well as a number of other groups.

As reported by Politico the discussion draft of GMA’s proposed bill reviewed by POLITICO specifies that labeling standards would not be mandatory and the industry would submit to more FDA oversight. The purpose is to protect its members from state labeling efforts, which has been combated with a multi-million dollar campaign by gmo food producers to quash any labeling efforts, successful in Washington and California. Connecticut and Maine passed GMO-labeling mandates last year with strict trigger clauses.

“We believe that it’s important for Congress to engage and provide FDA with the ability to have a national standard” on GMO food labeling, Louis Finkel, head of government affairs for the Grocery Manufacturers Association (GMA), said. “A 50-state patchwork of regulations is irresponsible.”

“We’ve fought a mandatory label at the state level because we believe that a mandatory label misinforms consumers” by implying that there is something wrong with the product, explained Finkel, GMA’s top lobbyist.
Finkel said his group has been talking to federal lawmakers since at least last fall. He called the document obtained by POLITICO “an early-stage draft of trying to put pen to paper.” While there are other, more recent versions of the document, which the trade association declined to provide, Finkel said, “the talking points are exactly the same and are spot on.”

The efforts by the GMA conflict with the current bills introduced by Rep. Peter DeFazio (D-Ore.) and Sen. Barbara Boxer (D-Calif.) who are seeking a mandatory labeling law.