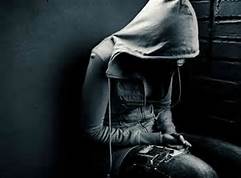 A new study has revealed the considerable lack of knowledge when it comes to medical professionals treating depression.  Approximately 20 million Americans are labeled with depression every year.

The research originated as many patients do not respond to commonly descrbed anti-depressants such as selective serotonin reuptake inhibitors, (SSRIs).

A new gene was discovered that specifically responds to SSRI responsiveness. To determine the genes, researchers first applied the SSRI Paroxetine — brand name Paxil — to 80 sets of cells, or “cell lines,” from the National Laboratory for the Genetics of Israeli Populations, a biobank of genetic information about Israeli citizens located at TAU’s Sackler Faculty of Medicine and directed by Dr. Gurwitz. The TAU researchers then analyzed and compared the RNA profiles of the most and least responsive cell lines.

A second gene was found to interact with the CHL1 gene. They found that Paroxetine, commonly known as Paxil, caused increased production of the gene ITGB3 — whose protein product is thought to interact with CHL1 to promote the development of new neurons and synapses. The result is the repair of dysfunctional signaling in brain regions controlling mood, which may explain the action of SSRI antidepressants.

“We want to end up with a blood test that will allow us to tell a patient which drug is best for him,” said Oved. “We are at the early stages, working on the cellular level. Next comes testing on animals and people.”