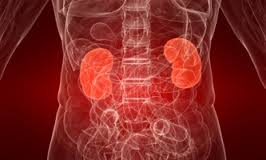 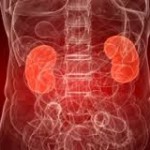 A research study has identified certain genetic variants associated with a type of kidney disease, called focal segmental glomerulosclerosis. Focal segmental glomerulosclerosis (FSGS) is defined as scarring in kidney tissue that affects more than 5,000 people in the US every year. Symptoms of the condition include foamy urine (caused by excess protein), weight gain, swelling (caused by excess body fluids) and poor appetite.

The association was strongest among African American participants with 72% suffering from FSGS possessing variants of the APOL1 gene. The apolipoprotein L1 (APOL1) is a gene responsible for producing a protein that forms a part of high-density lipoprotein (HDL), referred to as “good” cholesterol.

The study examined how APOL1 variants influenced FSGS among 94 individuals of variety of ethnicities, including African American, Hispanic and European American. It was determined that participants who had variants in the APOL1 gene were more likely to be at an advanced stage of FSGS when they were diagnosed with the condition.

The researchers also determined the presence of the APOL1 gene variants in two Hispanic participants and two European American participants; never before been reported in these ethnicities.