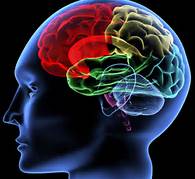 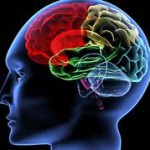 The usual treatment method for a clinical diagnosis of depression has involved anti-depressant medication, with severe side effects. However, the new unveiled research has shown the following:

A molecule present in the immune system may contribute to depression, suggesting a potential biomarker for the disease.
Decreasing a chemical signal in the amygdala, a brain area associated with emotional processing, produces antidepressant-like effects in mice, suggesting that the same effect is possible in humans without the need for anti-depressant medication.
MicroRNAs, tiny molecules that alter gene expression, correlate with how mice respond to socially stressful situations that cause depressive-like behavior. The findings may help determine why some people are more likely to suffer from depression than others.

Other recent findings discussed show that:

A pathway between two brain regions, the amygdala and the hippocampus, plays a significant role in anxiety. Shutting down this connection can decrease anxiety-like behavior in mice.
Negative experiences can change how humans, particularly those with anxiety disorders, react to events. After a severe negative incident, patients with anxiety disorders over-generalize the experience and have increased emotional responses to subsequent similar situations. Research already substantiates the fact that there are long term repercussions for chronic negative emotional stressors.

“Today’s findings represent our rapidly growing understanding of the individual molecules and brain circuits that may contribute to depression and anxiety,” said press conference moderator Lisa Monteggia, PhD, of the University of Texas Southwestern Medical Center, an expert on mechanisms of antidepressant action. “These exciting discoveries represent the potential for significant changes in how we diagnose and treat these illnesses that touch millions.”