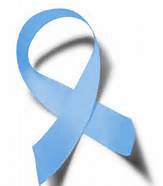 A new study published in the journal of Cancer Prevention Research has demonstrated that consuming low fat fish oil supplements had an impact on prostate cancer and changed the level of aggressive cancer. Prostate cancer is one of the leading causes of death among men in the United States. It’s estimated that more than 230,000 American men will be diagnosed with prostate cancer this year alone, with more than 29,000 dying from their disease.

The UCLA researchers measured a cell cycle progression score which predicts the occurrence of aggressive cancer and measured the level of inflammation.

“These studies are showing that, in men with prostate cancer, you really are what you eat,” Aronson said. “The studies suggest that by altering the diet, we may favorably affect the biology of prostate cancer.”

This study was a continuation of a previous study lead by Aronson. The men in the previous study were placed into one of two groups, the low-fat fish oil diet or the typical Western diet. The Western diet consisted of 40 percent of calories from fat, generally equivalent to what many Americans consume today. The fat sources also were typical of the American diet and included high levels of omega-6 fatty acids from corn oil and low levels of fish oil that provide omega-3 fatty acids.

The low-fat diet consisted of 15 percent of calories from fat. Additionally, the men on this diet took five grams of fish oil per day in five capsules, three with breakfast and two with dinner, to provide omega-3 fatty acids. Omega-3 fatty acids have been found to reduce inflammation, and may be protective for other malignancies.

For this particular study, Aronson wanted to examine the potential biological mechanisms at work in the low-fat fish oil diet that may be providing protection against cancer growth and spread. They measured levels of the pro-inflammatory substances in the blood and examined the prostate cancer tissue to determine the CCP score.

“This is of great interest, as the CCP score in prostate cancer is known to be associated with more aggressive disease and can help predict which patients will recur and potentially die from their cancer,” Aronson said.

In a similar manner Aronson’s research group analyzed one pro-inflammatory substance called leukotriene B4 (LTB4) and found that men with lower blood levels of LTB4 after the diet also had lower CCP scores.