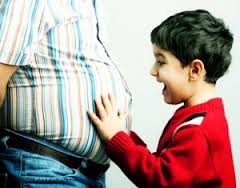 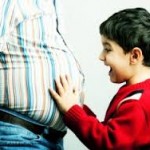 A new study from the Norwegian Institute of Public Health has linked obesity in fathers to autism in their children. The research, published in the journal of Pediatrics, involved studying questionnaire data from over 90,000 Norwegian children at three, five and seven years of age. The mothers had answered detailed questions about their own mental and physical health, and about their children. The fathers completed a questionnaire about their mental and physical health while their partner was pregnant. The researchers also collected data from the Norwegian Patient Registry and from studies of children who were referred for evaluation and treatment of possible autism or Asperger’s syndrome. By the end of the follow-up period, the children were aged 4 to 13 years.

The researchers found that maternal obesity had little association with the development of autism in the child. However, they found a doubled risk for development of autism and Asperger’s syndrome in the child if the father was obese, compared with a normal weight father. In the sample, 22 per cent of the mothers and 43 per cent of the fathers were overweight, with a body mass index (BMI) of between 25 and 30. Approximately 10 per cent of mothers and fathers were obese, with a BMI of 30 or more.

“We were very surprised by these findings because we expected that maternal obesity would be the main risk factor for the development of ASD. It means that we have had too much focus on the mother and too little on the father. This probably reflects the fact that we have given greater focus to conditions in pregnancy, such as the growth environment for the fetus in the womb than both environmental and genetic factors before conception,” said Dr. Pål Surén, the lead author of the study.

The researchers adjusted for any and all variables that may also be associated with the development of autism in the child, which included maternal obesity, education, age, smoking, mental disorders, hormone therapy before pregnancy, use of folic acid, maternal diabetes , pre-eclampsia and the baby’s weight at birth.

Our findings therefore suggest that there may be a genetic link between obesity in the father and the development of ASD in the child,” said Surén.

Dr. Surén explained his findings by considering risk genes and that genetic mutation may play a role in the development of both extreme obesity and autism. As an example if a section of chromosome 16 is missing this can lead to morbid obesity or developmental disorders in children.

Dr. Suren attributed a possible cause to epigenetics as well, which activates or inactivates a gene as a result of environmental conditions.

“We still know very little about how epigenetic changes in germ cells are affected by obesity or other environmental factors but animal experiments have shown that obese males have offspring with altered gene expression in early growth regulation,” said Surén.