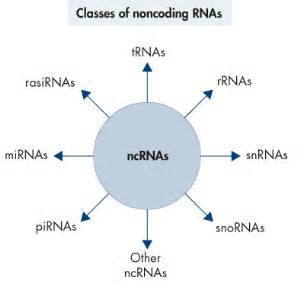 Autism is a complex disorder and the current research showcases the complex nature and numerous genes, biochemical pathways and environmental influences that cause the symptoms of autism spectrum disorder (ASD), characterized by numerous interactions of multiple genes or disruptions in molecular pathways.

Non coding RNA and jumping genes, (transposons), have been implicated in a wide variety of health conditions and their function can be influenced by epigenetics. Now new research points to non coding RNA being involved in autism. Non coding refers to the fact that these strands of RNA are not involved in coding for protein; however, they are emerging as hitherto unexplored regulators of numerous cellular processes involved in numerous human disorders.

These RNA strands are also involved in a wide array of molecular function including passive influence on the transcription of nearby genes to limiting expression to a paternal or maternal chromosome, a process called imprinting, and inactivating one copy of the X chromosome. They may influence RNA splicing, stability and localization and play a role in the translation of RNA to protein and in protein activation. Finally, they may ‘sponge’ up certain microRNAs, thus blocking their function.

Research has correlated the health impact of these non coding RNAs on a number of health conditions. Studies have found alterations in non coding in brains from people with autism, implicating their role in autism risk. It was determined that MSNP1AS, a non coding RNA strand transcribed from a region of chromosome 5 that carries an autism-associated variant, is elevated in the cortex of people with autism who also carry the disease-related variant. MSNP1AS may regulate moesin, a gene important for the structure of neurons’ signal-receiving branches, or dendrites, and immune system activation.

Other studies have linked the presence of numerous dysreglated non coding RNA strands to autism patients postmortem brain sample with disease-altered lncRNAs found near important autism-linked genes such as BDNF and SHANK2. LOC389023, is another non coding RNA strand, which regulates DPP10, a gene linked to autism and other neurodevelopmental disorders. DPP10 controls the structure and function of neuronal junctions, or synapses, via its effects on potassium ion channels3.

Numerous molecular pathways have been linked between MALAT1 and autism-associated factors. Beta-catenin activates MALAT1 transcription. CREB, another transcription factor known for its role in activity-dependent gene expression, also binds to MALAT1. Notably, CREB may control MALAT1 transcription following exposure to the peptide hormone oxytocin, which has also been linked to autism. MALAT1 and another lncRNA, BDNFOS, which has the antisense, or opposite, code to that of the autism-linked BDNF gene, are expressed in conjunction with neuronal activity.

Researchers have only now beginning to explore the exact cause of this complex disease and how nutritional and environmental influences play a role in exacerbating autism risk factors.

One thought on “Non coding RNA linked to Autism.”