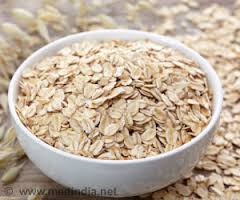 A study published in the Journal of Agricultural and Food Chemistry has highlighted that grain and food products containing oats are at high risk for mold contamination. The mold produces a toxin called ochratoxin A (OTA) which has been linked to kidney cancer in animal studies.

Ochratoxin-A (OTA) is a naturally occurring toxin produced by two main types of fungi (mold), Aspergillus and Penicillium. Around the world, OTA is found most frequently in stored grain. OTA makes its way into a variety of food and beverages, particularly cereal and grain products, but also dried fruit, wine, coffee, beer, cocoa, juices, spices, pork, poultry and dairy products. There is increasing concern in many countries that OTA may be linked to kidney disease and possibly cancer. There is some evidence that OTA can cause damage to DNA. There is also evidence that OTA can cause kidney tumors in both male and female rats as well as mammary gland (breast) tumors in female rats. OTA has been found in human blood, tissue and breast milk in several countries. The International Agency for Research on Cancer has classified it as a human carcinogen as animals exposed to QTA have developed kidney tumors.

The European Union has set regulatory limits for QTA in food products, the U.S. has none. The researchers tested 500 common samples of corn, rice, wheat and oat-based breakfast cereals purchased from U.S. stores over a two year period.

The research findings revealed that the levels of QTA exceeded the European Union standard in 8% of samples, suggesting that the manufacturing industry needs to pay attention to production, storage and processing of oat products.