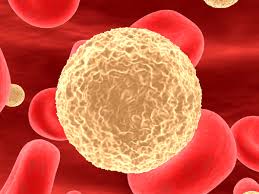 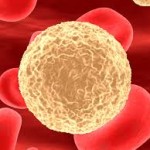 A new study published in the Journal of Clinical investigation reports that type 2 diabetes and obesity is associated with altering the immune system. These conditions produce a type of chronic inflammation in the body, altering not only the gut bacteria but also the cells that regulate the immune system.

The research study specifically investigated the impact of diabetes and obesity on a type of T cells known as mucosal-associated invariant T (MAIT) cells which is altered in patients suffering from type 2 diabetes and and/or severe obesity.

Obesity has generally been associated with low-grade inflammation in fat tissue and the production of inflammatory molecules. The accumulation in fat tissue of immune cells such as macrophages, lymphocytes, neutrophils, and mast cells is thought to participate in obesity and obesity-induced type 2 diabetes. Mucosal-associated invariant T (MAIT) cells are a novel subset of innate-like immune cells found in peripheral blood, intestinal mucosa, and abundantly in the human liver.

Compared to healthy controls, patients who had type 2 diabetes and were obese had a dramatically reduced circulating body MAIT cell population. However, this type of cells was found in high numbers in the fat tissue of these patients, exhibiting an inflammatory phenotype. In obese patients, bariatric surgery-induced weight loss restored circulating MAIT cells and reduced inflammatory cytokine production in these cells.

The results of this study suggest that MAIT cell abnormalities may contribute to obesity and diabetic associated metabolic alterations.